The Lord Helps Those Who... Well, He Doesn't

This is possibly the most nerve-wracking experience of my life lately. Worse than an overdue pap smear.

See, it's been a while since I blogged. At least on my own, that is. A long while. And my blog died a slow death because I didn't tend to it. They're kind of like houseplants, those things.

So I'm nervous to start over again anyway. And you may have noticed my tagline: loos'd of limits and imaginary lines (google it and read the full poem). Basically what that means is I'm not going to let those "halt" signs in my brain that say someone is going to hate me if I say this stop me any more.

I figured I'd start with a bang. And there's no bigger bang for a minister's daughter and former Sunday School teacher than to criticise Christianity..and the Bible.. and God. But that's what I'm going to do. So buckle up and enjoy the show.

I used to consider myself a Christian. Then, I had my own little loosey-goosey definition of being Christian... if I act in a "Christian way," that's the most important thing.

Ironically, the man and minister who played a part in mentoring me in that belief recently went to jail for distribution of child pornography.

But the thing is, I know the Bible. And there are plenty of things in there I don't agree with. More than I do agree with, to be honest. 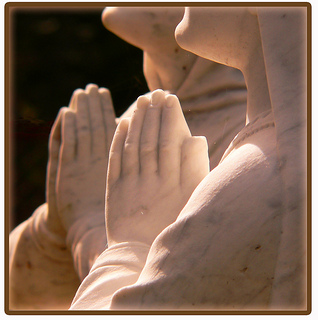 So how could I, in good faith (pun intended), say I act in a "Christian way?" There are some major things I disagree with in there. Major things that I can't look past.

I'm not even going to get into the things like abortion, homosexuality, the abuse of women, the taking of slaves, the prejudice against others... I think we all have some strong opinions on those things and whether or not the bible supports them. What I am going to take on is the damage that  "trust in God" is doing to our children and our society as exemplified through "faith healing."

Throughout the Bible in parables and stories, we humans are compared to sheep. We are helpless animals, easily lost, who must trust in the Lord to deliver us. This how we are raised in the church: the answers are in the Bible; we cannot understand God so we must trust him.

Some take that to an extreme. Usually we only see fringe churches doing this. Like the one in Texas led by televangelist Kenneth Copeland's daughter Terri Pearsons.

Pearsons spoke out against vaccinations. I'm sure she quoted some scripture, verses like 1 Corinthians 3:16 or Acts 15:29 which say, respectively, that the Spirit of God resides in us (and presumably is more powerful than viruses) and that we should avoid those things made from blood (yeah, they've used that against vaccinations).

The fact is, I don't know exactly what she said in the past, but she is on record as being anti-vaccine and woefully misinformed about the vaccination-autism link...

Anyway, 25 people became sick with measles when a visitor to her congregation carried it back from his or her travels to a largely unimmunized group. One of those was a 4 month old baby... who never even had a chance to be immunized. And to make matters even better, the church runs a daycare.

Lest you think this kind of practice is limited solely to Christians following the Bible, don't forget the community of Orthodox Jews in New York who spread their own measles epidemic that ended up causing a miscarriage in a pregnant woman.

Pearsons quickly backed down on her anti-vaccine stance (potential lawsuits tend to do that) and is even helping officials spread the word on vaccinations:


"Our children and even adults of all ages need to be immunized now to stop the spread of measles and prevent those potential complications," Pearsons said. "The disease is only shut down when all are immunized."

Why the about-face? If she used her role as Pastor of that church to advocate against vaccinations why is she suddenly changing her mind? Perhaps because the fact that members of her church developed measles kind of boots her whole "God will protect us" theory out of the not-so-easy-to-walk-upon water?

It was fine when her congregation were putting other people at risk, but when those inside God's canopy of protection were getting hit, it was time to fortify the all-powerful Lord...

The defense for this kind of backpedalling among Christians, not just in this case, but in many cases where people who say they've put their trust in the Lord decide to help him out with more than just prayer, is the phrase "The Lord helps those who help themselves."

A large number of Christians use this one to validate their defiance of what the scripture seems to say. And to validate their scripture, as well. Sure they have to trust God to heal them and protect them, but they can turn to modern science to help it along. Scripture says so!

You see this touted when yet another child dies because of faith-healing parents. The responses are always "well, I'm a Christian too, and I believe in the power of prayer, but I also believe the Lord helps those who help themselves."

More "modern" Christians will pray that the medicine they took will heal them, a sort of "I did my part, now it's your turn God" settlement.

The only problem? The Bible says nothing of the sort. In fact, it says just the opposite:


Indeed, we felt that we had received the sentence of death. But that was to make us rely not on ourselves but on God who raises the dead. He delivered us from such a deadly peril, and he will deliver us. On him we have set our hope that he will deliver us again. (2 Corinthians 1:9-10)

Not by might, nor by power, but by my Spirit, says the Lord of hosts. (Zechariah 4:6)

Thus says the Lord: "Cursed is the man who trusts in man and makes flesh his strength, whose heart turns away from the Lord." (Jeremiah 17:5)

Whoever trusts in his own mind is a fool, but he who walks in wisdom will be delivered. (Proverbs 28:26)

I could provide more examples, but I'm a little sick of this nonsense.

Modern Christians want to say that these fringe churches declaring faith healing right are not following the spirit of the Bible, but in fact they are. The very people who argue for the Bible and its teachings are disrespecting it by dismissing many of those teachings. You can't pick and choose what you want from the Bible and come up with pithy statements to defend ignoring the rest.

This means those of us who help ourselves and make up our own minds about things (such as abortion, homosexuality, the rights of women, etc) are actually not acting in a Christian way at all.

I'll let you interpret that however you want.

For myself, it means there is no more calling myself a Christian in my own loosey-goosey interpretation. I believe things the Bible says are wrong. I believe in trusting my own mind and creating my own path and I believe in the rights of women to choose what to do with thier bodies and men and women to choose what to do with their love and wives to tell their husbands when they've done something wrong.

I believe in myself, moreso than anything else and that my experiences have led me to my own beliefs which are just as strong and valid as anything written in a book hundreds of years ago by men.

I believe, most of all, in backing up what you say and how you act with thought and reflection.

Photo Credit
Posted by Unknown at 11:17 AM 3 comments: 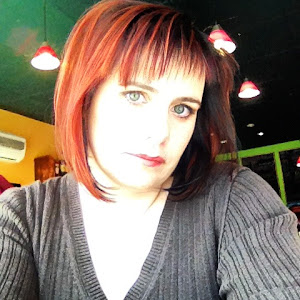